How does the Dutch healthcare system perform according to the framework from the WHO?

Framework WHO (2000) and Dashboard by @gijsvanloef

The WHO suggests three fundamental goals to be achieved by the Health System:  a. Improving Health, including improving the average health status and reducing health inequalities; b. Enhancing responsiveness to the expectations of the population, including respect for persons and client orientation; c. Fairness of financial contribution, i.e. every household pays a fair share of the total health bill and everyone is protected from financial risks. The measurement of performance relates goal attainment to the resources available.

Performance of the Dutch healthcare system

Life expectancy improves, but medical performance is somewhat lagging compared to modern European countries – due to unrestrained commercial powers, albeit complex regulation – and social inequalities remain very large. Respect for persons is strained in different ways, although client orientation is good. Choice of provider is under attack and transparancy of medical markets is poor. Low income groups suffer increasingly from health costs, solidarity is under pressure. System costs are relatively high (partly due to elderly care), while overall quality is moderate. Overall, the Dutch healthcare system does not accomplish the fundamental goals of the WHO. 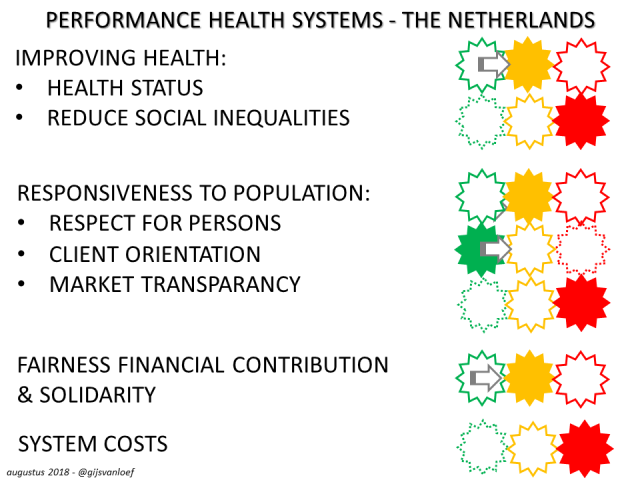 Coming up: essay in a Medical Journal 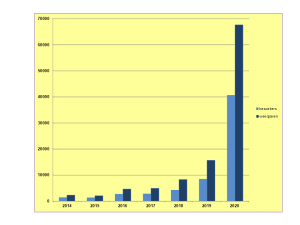